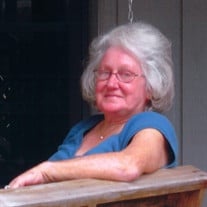 Mrs. Cecil Layton Bynum passed into the arms of Jesus on Friday December 14, 2018 at Piedmont Rockdale Hospital in Conyers, GA at the age of 84. The family will receive friends for visitation from 5:00 – 8:00 p.m. on Thursday, December 20th at Chancellor Funeral Home in Florence. The funeral service will be held at 11:00 a.m. on Friday, December 21st at Star Baptist Church with visitation one hour prior to the service. Burial will follow at Star Cemetery. Mrs. Bynum was born October 5, 1934 in Simpson County, MS to the late Coy and Minnie Layton. She lived in Star for 35 years, moving from Jackson and was a member of Star Baptist Church. She was the secretary treasurer of Bynum Mill and Industrial which she founded and co-owned with her husband and son. She was raised on a farm and never lost her love for gardening, fishing and bird watching. She was a fabulous cook, which brought her much joy. She enjoyed going on outings with her daughter, whether it was shopping or just spending time together. Above everything else, she was a devoted Christian, as well as a loving and caring wife and mother, grandmother, great grandmother, aunt, sister, and friend to many. Along with her parents, Mrs. Bynum is also preceded in death by her brothers, Cordell Layton, Bernice Layton, Curtis Layton, J.C. Layton, and Travis Layton; sisters, Annie Lou Smith, and Myrtice Arender; and most recently, her daughter, Teresa Poling of Conyers, GA. Those left behind to cherish her memory are her husband of 64 years, Mr. Gus Bynum of Star, MS; son, David (Barbara) Bynum of Star, MS; daughter, Martha (Robert) Murphy of Florence, MS; son-in-law, Willis Poling of Conyers, GA; brothers-in-law, Wayne (Mary Jane) Bynum of Star, MS and Jack Freeman of Star, MS; sister, Bonnie (Lawrence) Rowe of Simpson County, MS; grandchildren, Vanessa Savona (Shayne Senator), Elizabeth (Branden) Smith, Hayley Bynum, and Lindsey Bynum; and great grandchildren, R.J. Savona and Tyler Smith.
To order memorial trees or send flowers to the family in memory of Mrs Cecil Sandra Bynum, please visit our flower store.