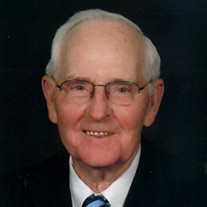 Billy Ray Mangum, 84, passed peacefully into the arms of his Savior, on Wednesday, January 20th, with his family at his side. Billy Ray (better known to those who loved him as "Judge" or Papaw) was born on September 22, 1936 in Magee, MS to the late Gaston & Gladys Mangum. He married his high school sweetheart, Vermell, in 1958 and together they have two children, four grandchildren, and three great-grandchildren. From humble roots on the farm in Magee to a furniture factory in Jackson, Billy Ray developed a strong work ethic that he maintained his entire life. He became a renowned public servant as an elected official in his community. He served seven terms and over 30 years as Rankin County Justice Court Judge and over 20 years as Municipal Court Judge to the cities of Richland and Florence. He was widely respected by his colleagues, who elected him President of the MS Justice Court Association and selected him as a member of the State Judicial Performance Committee. He led numerous efforts to improve the local school system as a member of the Richland School Board and President of the Booster Clubs for both the Richland and Florence schools. He also served his community through his membership in the Lions Club and Exchange Club. Despite his many accolades, he would be more likely to tell you how proud he was of the many youth baseball and football teams he coached, including a favorite memory of coaching the Jackson Boys Club championship game at Veterans Memorial Stadium in 1974. Billy Ray enjoyed all sports, but particularly basketball. He had a stand out career at Magee High School and was selected All Conference his junior and senior year. He later developed a passion for golf. He considered it one of his greatest blessings to be able to travel all across the United States from Hilton Head to Pebble Beach with one of his favorite golf partners, Billy Mancil. Playing as often as he could, he recorded a hole-in-one five times. He cherished the friendship and comradery of his weekly golf group. In addition to golf, another one of his passions was watching the Ole Miss Rebels. He particularly loved traveling to Oxford to spend time in the Grove with his family and friends. Most of all, Billy Ray was a strong, loving, and devoted leader of his family. Whether it was challenging his son, son-in-law, and grandsons on the golf course, attending every sporting event or performance of his children and grandchildren or entertaining his great-grandchildren, he supported every endeavor with love and affection. He brought great joy and love to all those around him. Whatever the need, big or small, his family always knew that Papaw would meet it with his boundless love, wisdom, and generosity. His great faith and faithfulness have inspired three generations of his family to follow his example. His faith was the foundation of everything he did in life. He loved the Lord, his family, his friends, and the community. Despite being diagnosed with cancer at age 61 which resulted in the loss of a leg, he continued to love and serve the Lord faithfully. He was an active member of First Baptist Church of Richland for over 60 years and served in many areas of leadership including Sunday School teacher, seven time Chairman of the Deacons, several Pastoral Search Committees, and Chairman of Building Committee. His life can be summarized by 2 Timothy 4:7-8. "I have fought the good fight, I have finished the race, I have kept the faith. Now there is in store for me the crown of righteousness, which the Lord, the righteous Judge, will award to me on that day and not only to me, but also to all who have longed for his appearing." Billy Ray was preceded in death by his parents and two sisters Johnnie Abernathy and Annette Branning. He is survived by his devoted wife of 62 years, Vermell; daughter Renae (David) Oliver, son Todd (Elaine) Mangum; grandchildren, Adam (Amy) Oliver, Ashley Oliver Short, Emily Mangum, and Andrew Mangum; great-grandchildren, Eli, Andrew, & Ethan Short; sister Emmy Walker and several nieces and nephews. The family wishes to thank Billy Ray’s friend and personal physician, Dr. Michael Winkleman for his excellent care and compassion over the past 23 years. There will be a private family graveside service on Saturday, January 23. The family requests, in lieu of flowers, that any memorials be made to First Baptist Church in Richland.

Billy Ray Mangum, 84, passed peacefully into the arms of his Savior, on Wednesday, January 20th, with his family at his side. Billy Ray (better known to those who loved him as "Judge" or Papaw) was born on September 22, 1936 in Magee, MS to... View Obituary & Service Information

The family of Mr. Billy Ray Mangum created this Life Tributes page to make it easy to share your memories.

Billy Ray Mangum, 84, passed peacefully into the arms of his...